Last Friday, 25th of July, we went out for another Pelagic with Passeios Ria Formosa from Fuzeta. This time we also aimed for Dolphins and got both, Bottlenose- and Common Dolphins close to the boat. Besides a smaller number of Wilson's Storm Petrels, following a fishing vessel, we found a big concentration of Shearwaters (together with the school of Common Dolphins). Dozens of Cory's-, but also some Balearic- and at least 6 Sooty- and 3 Great Shearwaters gave great views and photo opportunities about 4 miles off Armona island, between Olhão and Fuzeta. Two Common Terns, one Great Skua, some Northern Gannets and many Audouin's Gulls could also been seen during the trip.
Some of the photos, all from this trip, turned out nice. Please check two blog entries before for the next tours scheduled and on my website for general Info about this trips. 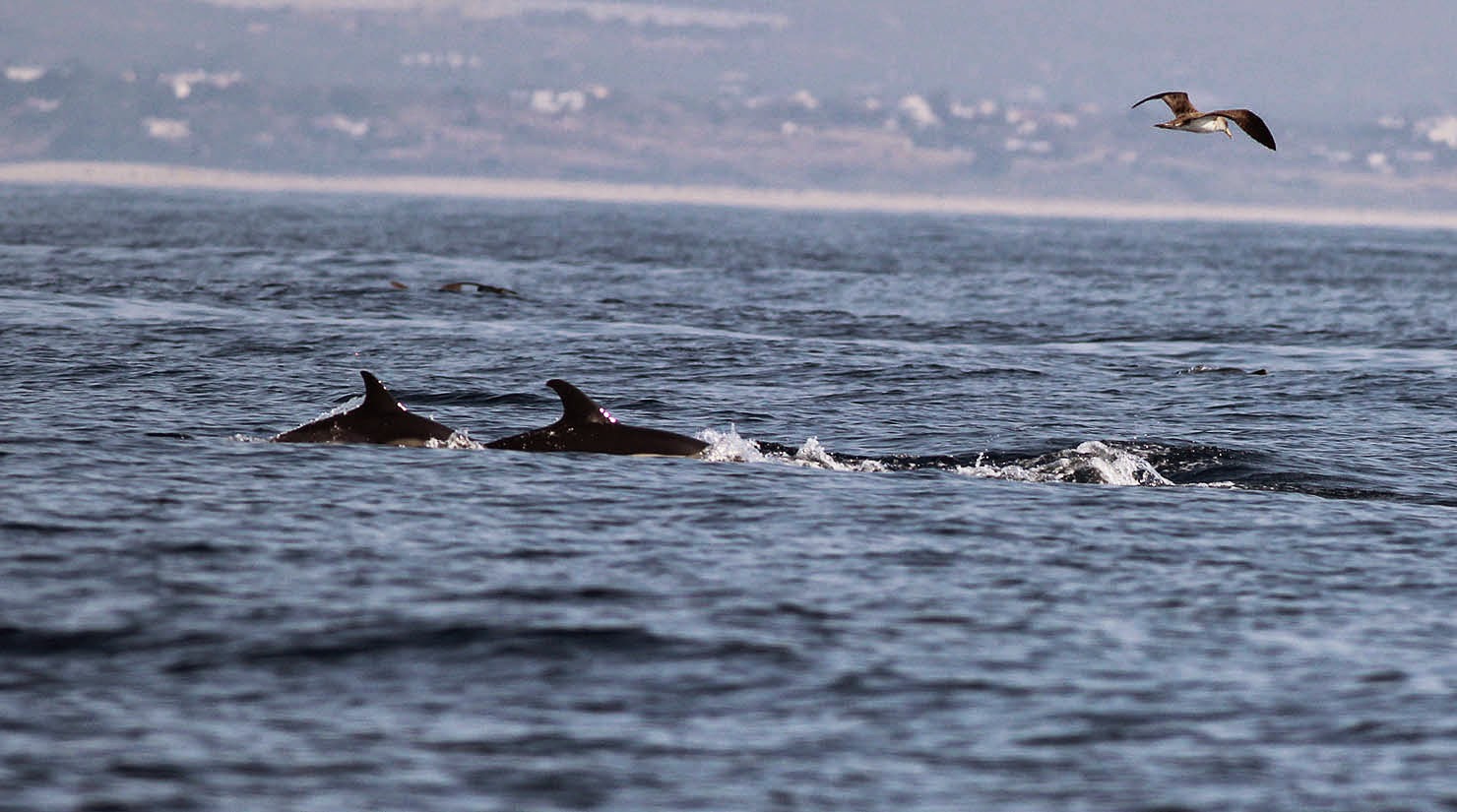 This last Saturday (July, 12th) at 8 o'clock on a sunny morning, we headed out from Fuzeta for about 5 miles off shore and saw a lot of marine birds. Regarding Storm Petrels, particularly Wilson's Storm Petrels (Oceanites oceanicus) this was one of the best trips I ever made. We must have seen around 30 birds of this species out of a total of 41 Storm Petrels observed during the 2,5 half hours trip, many of them close to the boat, sometimes less than 5m. Best views and photos were possible when we approached a small trawler at about 4.5 miles off shore, where around 30 Storm Petrels, including a few European Storm Petrels (Hydrobates pelagicus) were feeding. Some fast "traveling" Petrels on our way out or back in could not be idetified on species-level. Also remarkable was the amount of Baleric Shearwaters (Puffinus mauretanicus) we saw: 28 Ind. - 26 birds were traveling westwards (in groups of 2 to 6 Ind., the species nests in the western Mediterranean) between less than 1 mile and c. 2.5 miles off shore. Two birds were hanging around the fishing vessel and gave very good views. Numbers of Cory's Shearwaters (Calonectris (diomedia) borealis) were still rather low - about 10 Ind. and only a few immature Northern Gannets were around. A single Manx Shearwater (Puffinus puffinus) quite a few Audouin's Gulls and one Black Tern (Chlidonias niger) were other sea birds of interest. We did not see any Cetaceans (Whales&Dolphins) on this trip - but did not miss them much either. My Danish clients were really happy - since the both Storm Petrels were their main target species and we got plenty and close by. I include some photos I made during the trip.

For the next trips scheduled, please read my previous blog-entry or contact me. 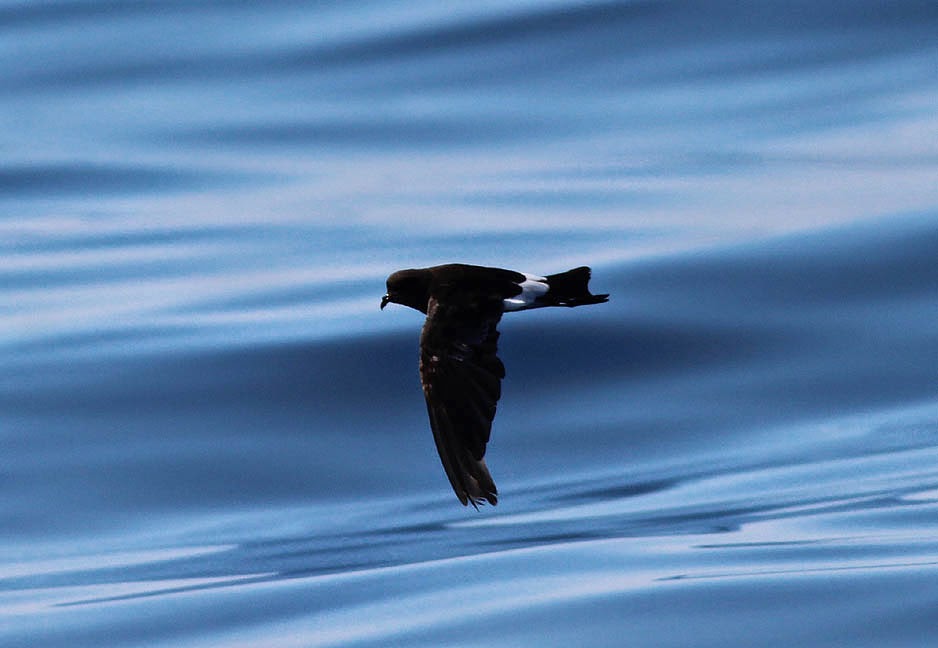 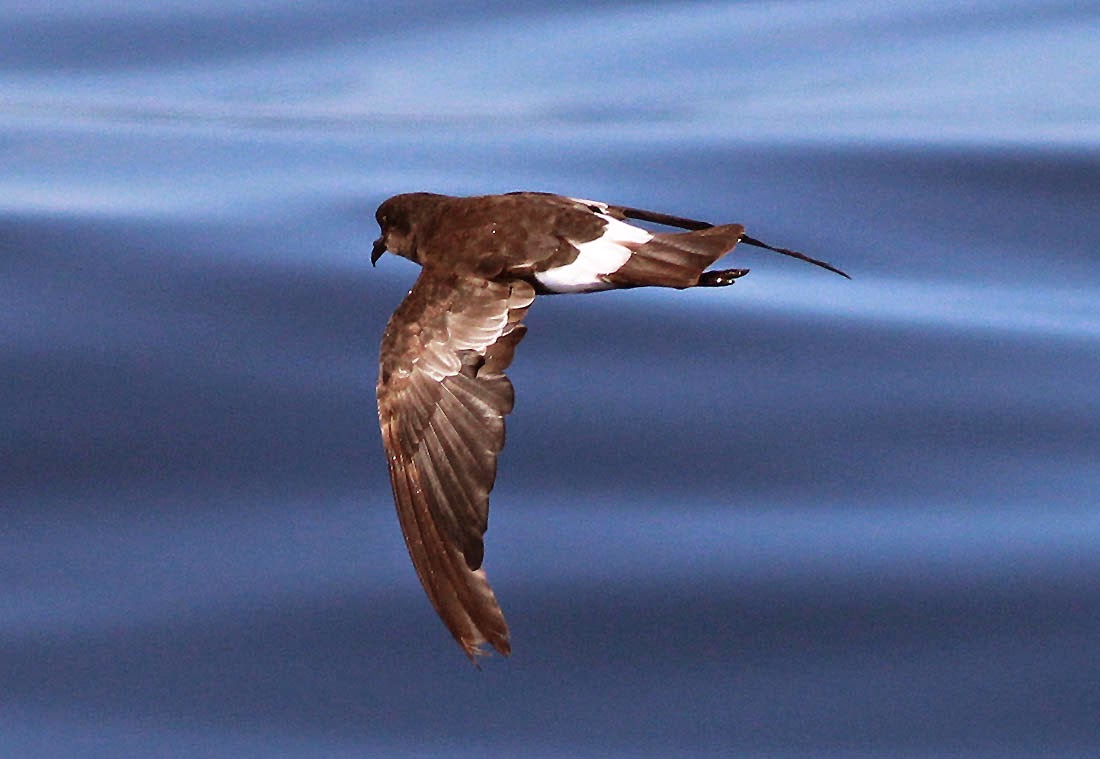 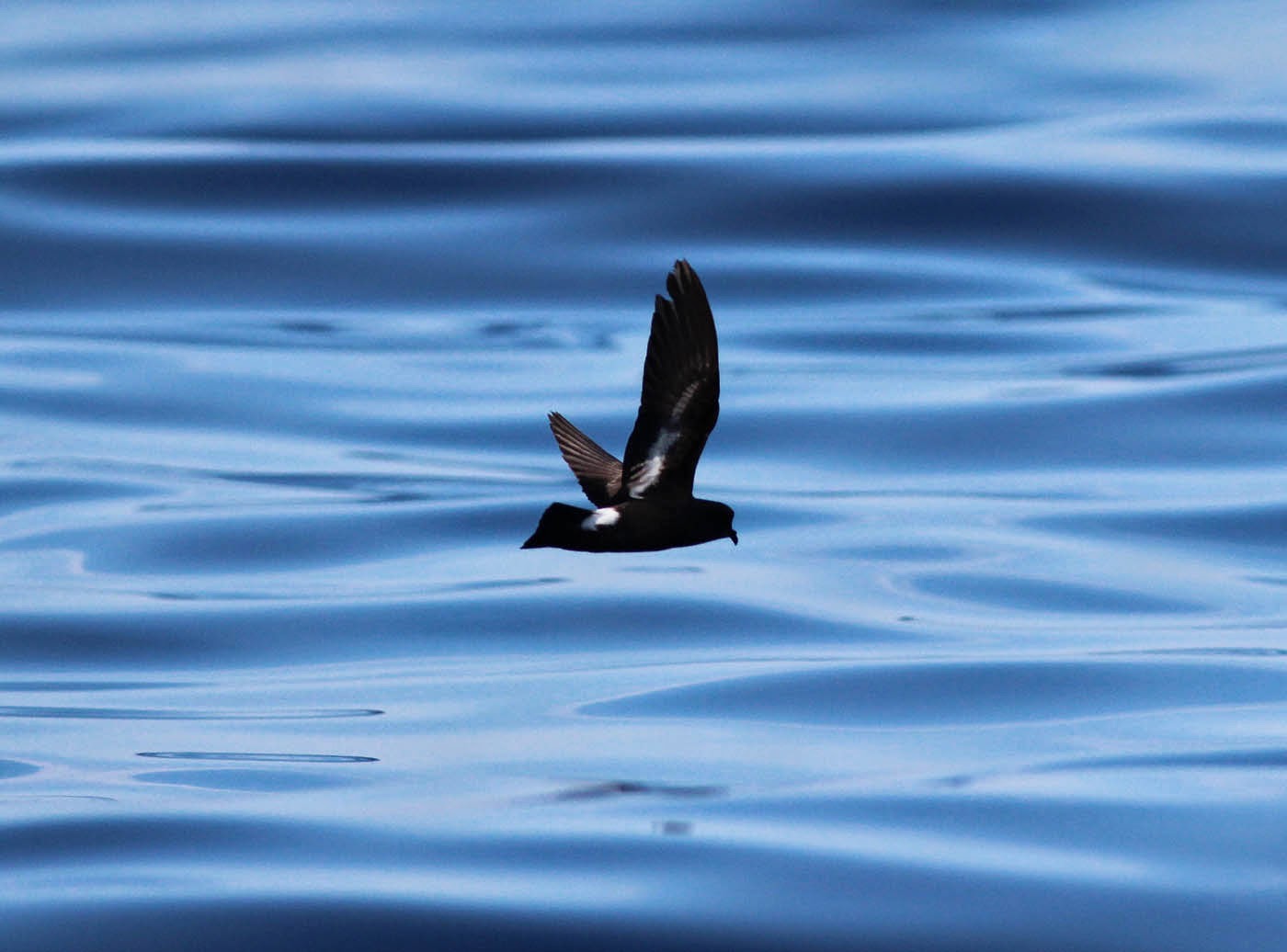 An European Storm Petrel (Hydrobates pelagicus) with the striking white underwing coverts and missing toe projection. Most probaly a "British Storm Petrel", since records of the Mediterranean (sub?)species are extremely rare, but ID in the field technically impossible. 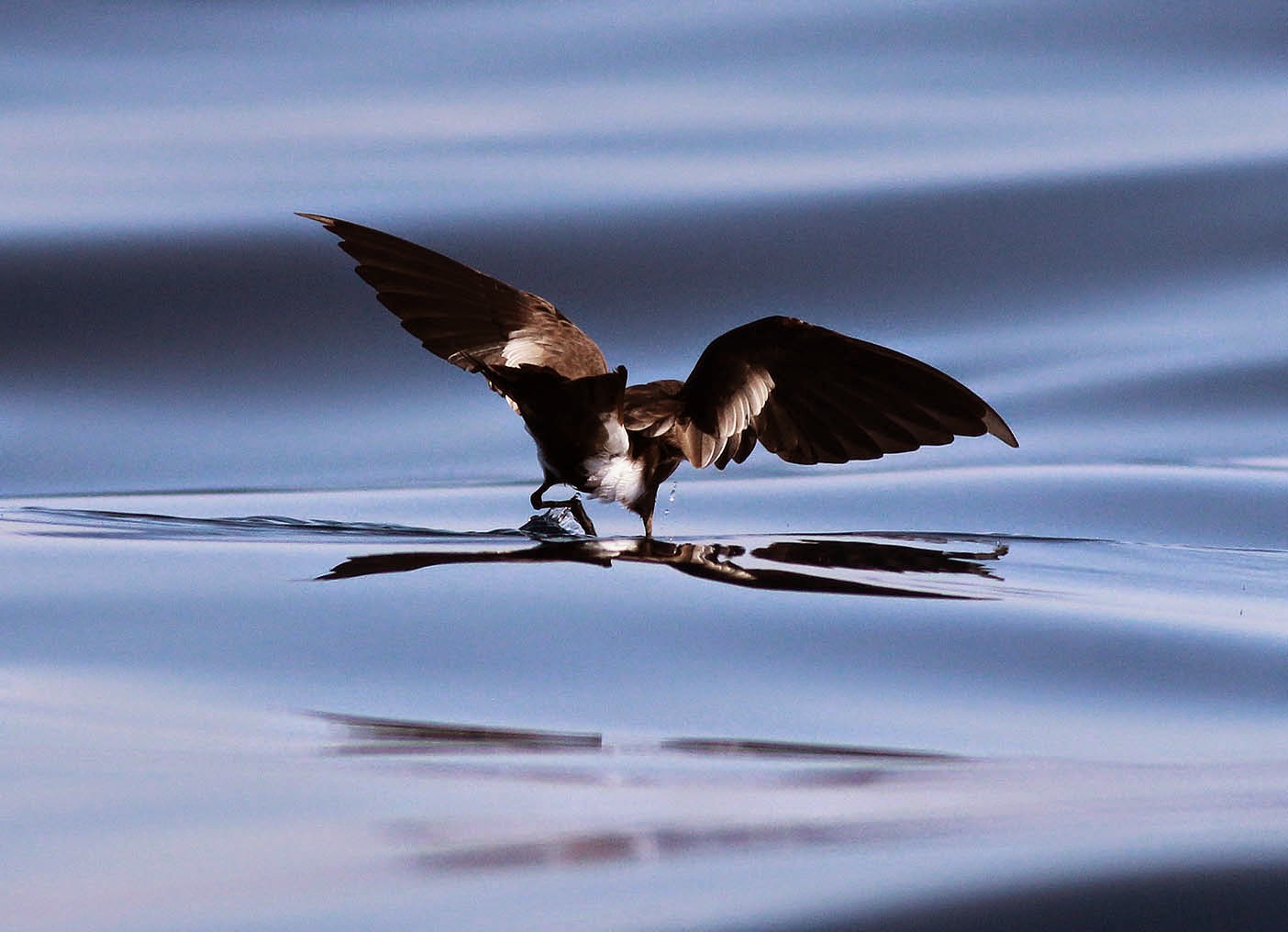 Detail of a Wilson's foraging. I wish the head would be visible somewhere in the photo, since this one is nice and sharp...

It is high season now to watch pelagic sea-birds and Cetaceans in the Algarve. Cory's Shearwater, Balearic Shearwater, Great Shearwater and Sooty Shearwater, Wilson's- and European Storm Petrels are regular migrants seen in the Algarve, besides Skuas, Gannets and various Tern- and Gull-species.

The new dates scheduled for 2014 (more dates on request):