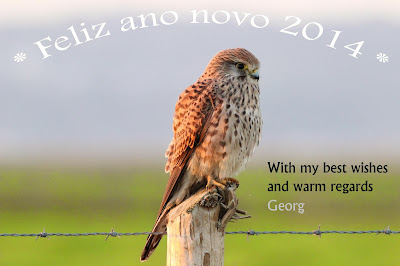 ...to name but a few of the treats seen during plenty of trips during this years autumn migration season here in the Algarve. Most wintering birds have arrived now. After a rainy period, the forecast is sunny now for the next couple of days. 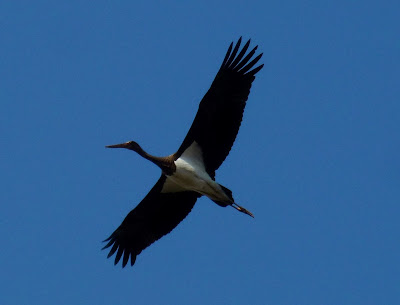 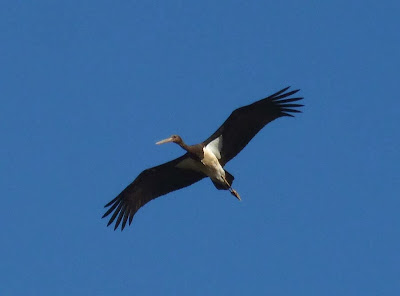 We spend fantastic days in Sagres and nearby areas, witnissing the peak of the raptor migration, with over 100 Botted Eagles, dozens of Short-toed Eagles, Honey Buzzards, Egyptian Vultures and Bonelli's Eagles, Sparrow- and Goshawks, Hobbys and Eleanora's Falcons. At a nearby lagoon ("Martinhal") we found a juvenile Red Phalarope together with only a hand full of waders. The brackish pool was only about 10 x 20 m small, however, it is the only one of its kind in the area, therefore can attract interesting birds. 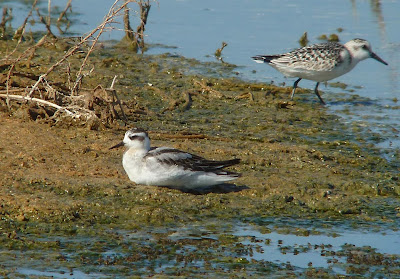 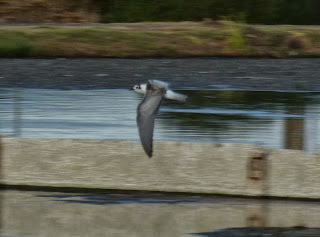 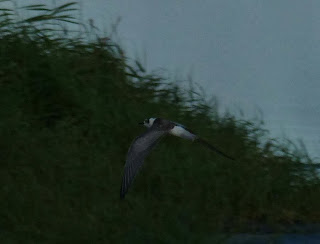 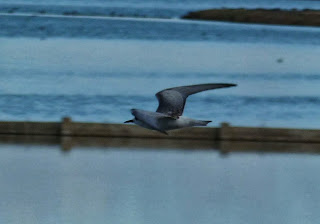 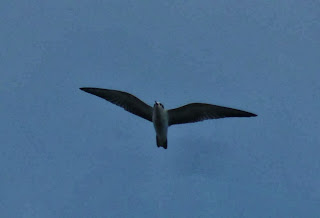 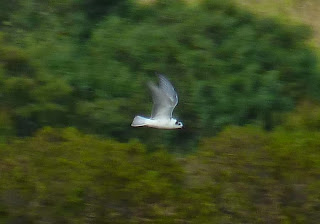 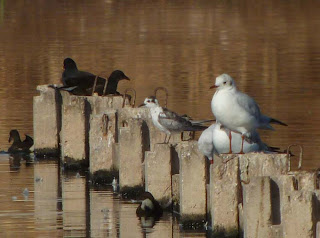 I was delighted by this juvenile White-winged Tern (Chlidonias leucopterus) when visiting the seveage works just east of Faro on September, 13th. This eastern marsh-tern species is a rarity in Portugal, with about 20 records total to the present day. It was in company of an adult (moulting) Black Tern, many Ruff's and other wader species were also present at the location. Another highlight were no less than 3 Ospreys circling together. Bluethroat (adult female), Black-necked Grebes (3), Northern Pintail and Lapwing were firsts for the season.

Sagres - autumn migration at the cape 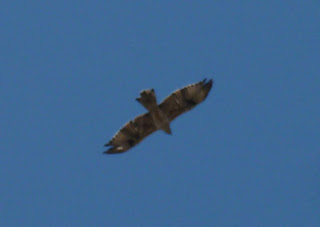 A great opportunity to visit the region and been introduced into its fantastic nature and birdlife is the upcoming Sagres Birdwatching-Festival, taking place October 4th to 6th 2013, organized by SPEA and Almargem.

Inscriptions for guided group visits, boat trips, walks, talks, workshops and many other activities are open. The program is available in English and Portuguese - for inscriptions and all Info visit: 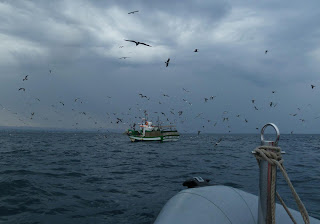 A great trip despite the rain we catched during the trip - the first rain of the season. Next trip is scheduled for the 12th of October (still 4 vacancies) and one more around the 22nd of October, further trips on request, min. is 4 people to go out. 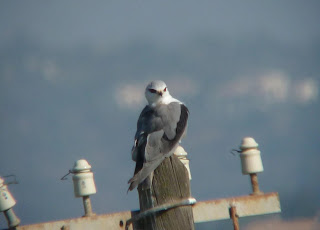 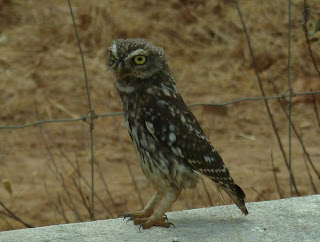 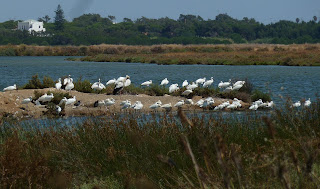 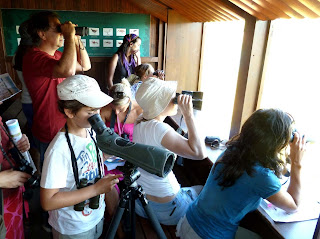 
No less than three records have been made over the past three month here in Portugal, with the most recent one in the Algarve and only a few days ago. Kelp Gull is a widespread breeding bird along the coasts of the southern hemisphere, such as Southern Africa, but had been only reported seven times in the WP before (France, 1995, followed by records from Marocco and the Canary Islands). Its likely to be overlooked, due to its similarity to Greater- (or even Lesser-) Black-backed Gull (Kelp Gull is also called "Southern Black-backed Gull" occasionally). The status in the north Atlantic seems unclear.

Photos and further info about the recent records of Kelp Gull in Portugal on Rui Caratão's blog here! 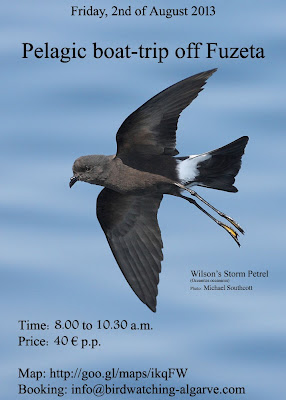 Fuzeta (Parque Natural da Ria Formosa) meeting at 7.45 at white kiosk of "Passeios Ria Formosa" at the dock near the river mouth, opposit to camping site.
A map to the location is here:  http://goo.gl/maps/ikqFW

Description:
A boat-trip crossing the channels of Ria Formosa and out, up to 6 miles off the coast. Chumming only exeptionally.

We have already seen Wilson's Storm Petrel and Scopoli's Shearwater earlier this month! 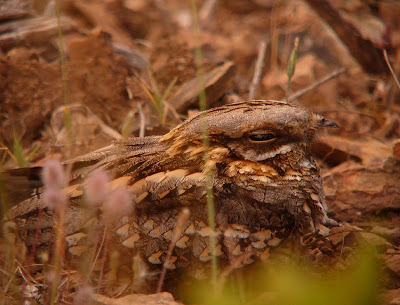 Red-necked Nightjar (Caprimulgus ruficollis) at its day-roost in Serra do Caldeirão (Algarve). Photo by G. Schreier, May 2013.

After a busy spring season I am going to dedicate myself to Pelagic boat-trips during the summer, the first one scheduled for Saturday, 22nd of June, off Fuzeta. The trips start always at 8.00 a.m., trip duration is about 2,5 hours and the price is 40€ p.p. The glass fiber boat of "Passeios Ria Formosa" takes 12 p. max. We don't do chumming, but approach fishing boats. Please send me an e-mail to do a reservation: info@birdwatching-algarve.com 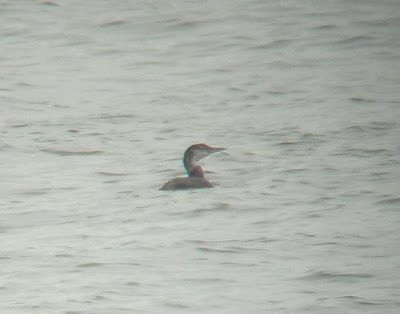 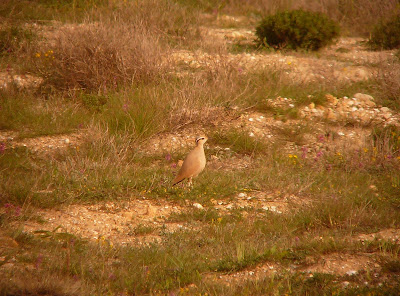 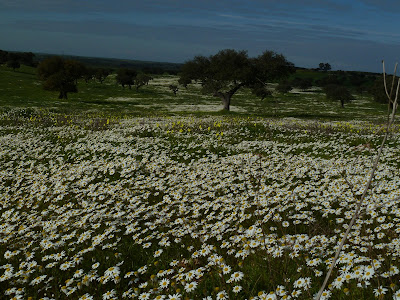 These photos were taken last week up in the Alentejo plains. At this spot - the Portuguese call these open Holm-oak woods "Montado"- we observed a Black-winged Kite and a flock of Stock Doves (Columba oenas). A small group of 11 Common Cranes were only about 1 km away from there and we were able to watch them closely. Red Kites are literaly soaring everywhere in the area during a winters day, one of them did so accompanied by a young Golden Eagle (Aquila chrysaetos).

Later, we had more and good observations of the Spanish/Iberian Imperials, soaring, when the thermals had formed. At one occasion, we watched three birds close together and interacting with each other.
Great Bustards where numerous and we must have seen over one hundred of them throughout the day. Little Bustard was more difficult to spot, we found a small group of six and watched them with the scope, the male moulting into breeding plumage now. 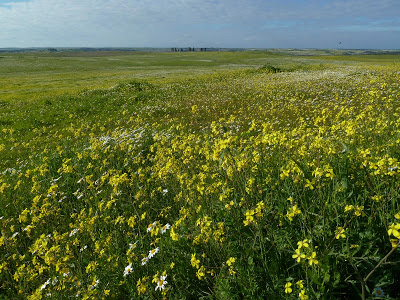