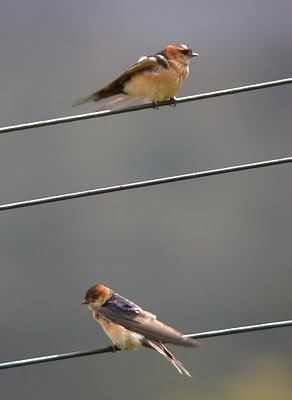 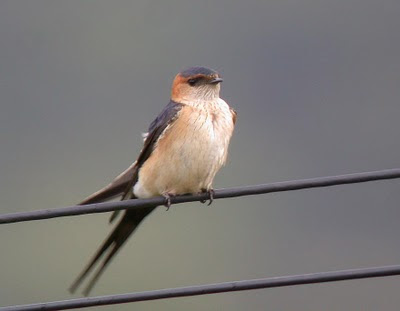 Yesterday I did a Tour into the Serra de Caldeirão north of Faro and further north, into the Baixo Alentejo around Almodovar. We had rain most of the day, so conditions were rather difficult. Never the less it turned out to be a successful birding day after all. Birds in the Serra included Subalpine, Dartford- and Melodious Warbler, Golden Oriole, Common Redstart, Crested Tit and Rock Bunting. 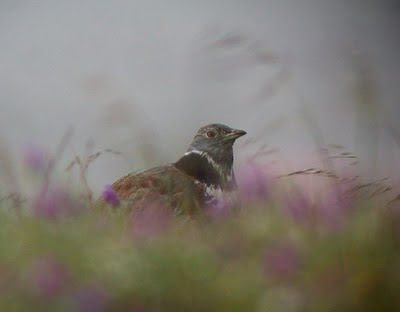 Male Little Bustard (Tetrax tetrax). Digiscoped out of the car. 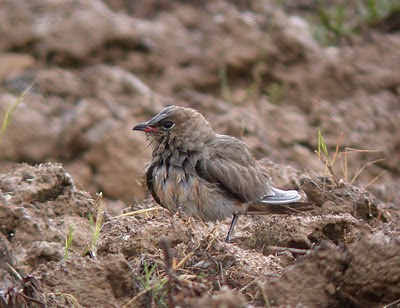 In the open fields and meadows, north of the Serra, we saw quite a lot of Little Bustards - mainly males, displaying or in small groups, well 20 in total and two times a female. Plus 3 Great Bustards. When ever the rain stopped, Montagu's Harriers were scanning the fields for food, or up to 6 together were in the air for display and territorial flights. Calandra- and Short-toed Larks were widespread and we got excellent vies of both, plus a Tawny Pipit flying over. Stone Curlews were calling and flew when we left the car. We also saw both, Common- and Great Spotted Cuckoo and found around 20 Collared Pratincoles on an acre, some very close to the track. They looked quite odd in the heavy rain when we watched them out of the car. Neither much raptors nor Spectacled- or Western Orphean Warbler, both occurring in the area, could be found due to the bad weather. 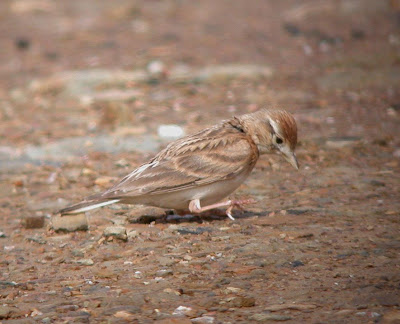 (Greater) Short-toed Larks (Calandrella brachydactyla) gave excellent views on the track just at a few meters in front of the car. 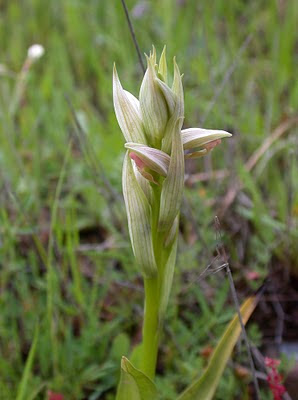