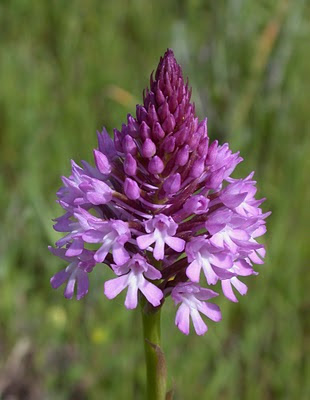 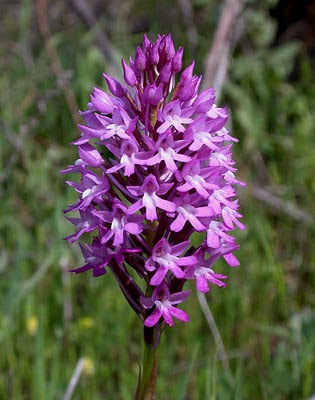 Pyramidal Orchids (Anacamptis pyramidalis) found during "Common Bird Census" (CAC) south of Loulé this week. Lots of migrants have been still on their way - Pied- and Spotted Flycatcher, Willow Warbler, Melodious Warbler, Northern Wheatears, Common Redstarts, Golden Orioles, Wrynecks, and as a personal highlight - 2 Bonelli's Watblers found singing near Quinta do Lago - a scarce migrant, never had one in spring and singing neither. They only breed further up in the country or in the mountains of Spain (I remember them from Grazalema).
Posted by Georg at 6:13 PM