At the cape of São Vicente 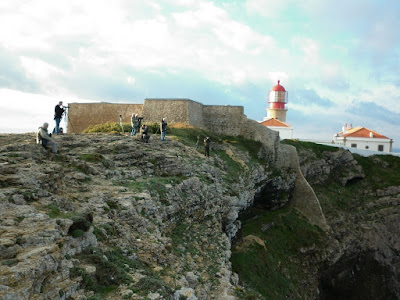 At Europe's south-western tip, the shear sea-cliffs form, what is known at the Algarve's best known seawatching spot. Northern Gannet, Great Skua, Balearic- and Manx Shearwater, Razorbill, Shag, Mediterranean Gull and Sandwich Tern are among the most common seabirds seen on a winter day here.
(Foto: GS, Vila do Bispo, 09.12.2011) 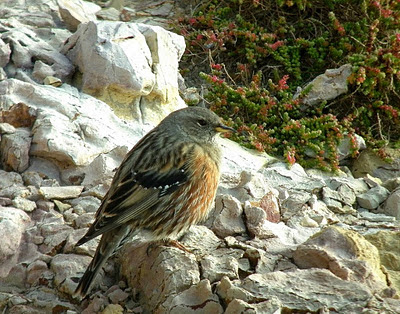 One of at least six Alpine Accentors (Prunella collaris) present near the lighthouse. (Foto: Georg Schreier, Vila do Bispo, 09.12.2011). The species is a winter visitor. 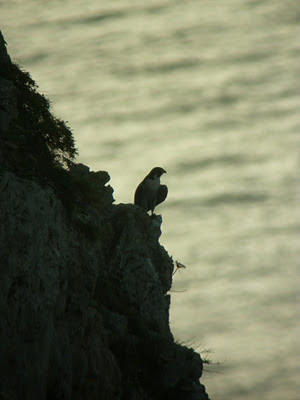 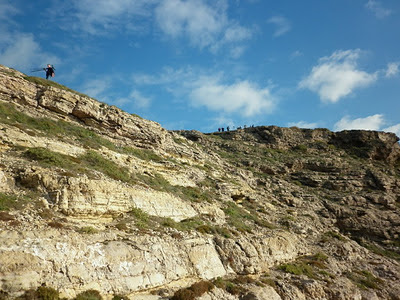 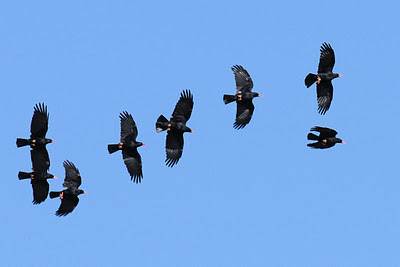 Red-billed Chough (Phyrrhocorax phyrrhocorax) near the cape (Photo: David Rayner). This photo was on the cover of the "Algarve Goodlife Magazine" this last autumn. Some background information about the distribution of the species and the population trend in Europe is here. 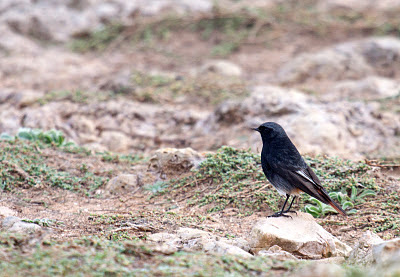 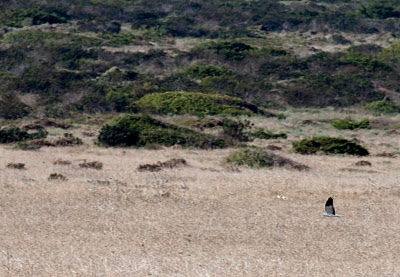 A male Hen Harrier (Circus cyaneus) hunting in the mix of fields and Garigue of the hinterland of the cape (Photo: Gaby Dienst, Vila do Bispo, 09.12.2011). Here, rarities such as Rose-coloured Starling, Pallid Harrier (both juveniles) and Richard's Pipit have been observed by me and others this last autumn. 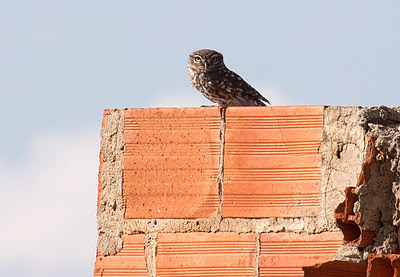