The species arrives from March onwards in the Algarve - but the majority of birds shows up during May only in the Alentejo plains - probably still on passing through.
The following photos were made by James Robson (UK) on a Day-Tour into the area. We had several observations of Black-bellied Sandgrouse, Griffon- and Black Vulture, European Roller, Collared Pratincole, Rufous-Tailed Bush-Robin, the "wanted" Rock Bunting and a late Northern Wheatear on passage during that trip on the 18th of May. 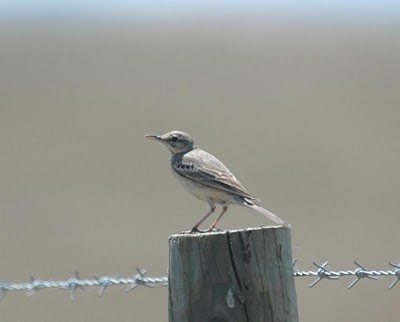 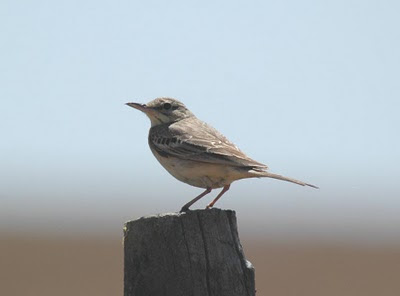 Tawny Pipit (Anthus campestris) in the Alentejo, 18th of May 2010. Photos: James Robson. 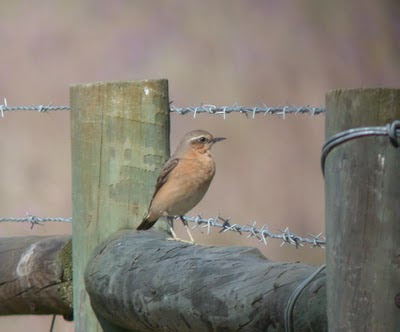 Northern Wheatear (Oenanthe oenanthe) of the "Greenland-subspecies" O.o.leucorhoa, note the orange extending all the way down (female). Tricky: Note the leg colour - should be blackish on all Wheatears. It is just a layer of fine, whitish dust in this case ! 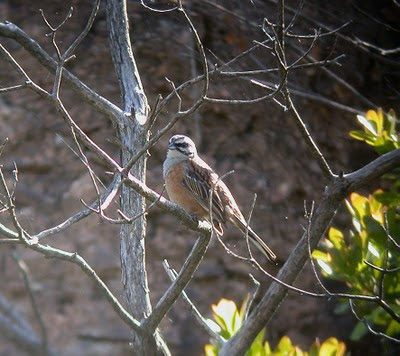 Rock Bunting (Emberzia cia) is best detected by their fine, high pitched contact-calls. They are quite common in Serra de Caldeirão, north of Faro.
Posted by Georg at 5:17 PM