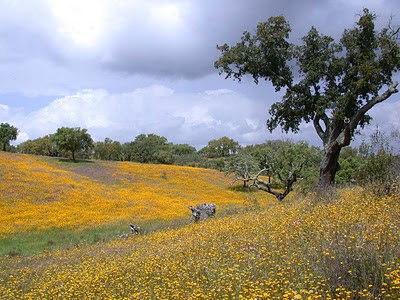 We could not have asked for better views of the Orphean Warbler and the Bush Robin - which have been the main target species for this tailor-made Tour. I would like to post some photos here, but I only do a bit of "digiscoping" through my Leica-Telescope during the trips and this is not the right method nor the equipment to get "snapshots" of Passerines. Since the Internet is full of bird-photos - these photos are almost as good as what we saw - link - if you "click" them for magnification (works also on this blog).
We found the bird singing in a valley, where I recorded it 2 years ago for the first time. Another site visited before and occupied the previous year, didn't produce anything this time. The song of this big Sylvian Warbler resembles a Blackbird, but mostly with repetition of a shorter and simpler phrase and an even lower and more "throaty" tone or pitch than the Blackbird.
Posted by Georg at 12:55 PM