Kelp Gull in the Algarve today

Kelp Gull (Larus domincanus) is a southern hemisphere gull and breeds during the north winter, coastal mostly, in Southern Africa, South America, Antarctica, South Australia and New Zealand. It is a very rare vagrant to the Western Palearctic (Morocco mainly).
This bird here was found by Thijs Falkenburg on July, 5th in Olhão ("Quinta do Marim"). It belongs to the subspecies L.d. vetula ("Cape Gull") which breeds in Southern Africa. Cape Gulls are the largest among this species and they are particularly long-legged like this bird. Also the olive-green tinge to the leggs is typical, the crown is flat and the bill is heavy with a deep gonys angle, all together being jizz-wise much closer to a Greater black-backed Gull (Larus marinus) than to the also very dark-backed nominate form of Lesser-black-backed Gull (Larus fuscus fuscus), especially when dealing with an adult male, like in this case. An (older) article on Kelp Gull ID is here.
A curiosity is, that Thijs also found the first Kelp Gull for the Algarve (on 14-Aug-2013) only a few kms further west, at sewage works (ETAR) between Faro and Olhão (possibly the same bird?). Now this time this Kelp Gull showed up right at his work place, the recovery centre for injured birds and other wildlife (RIAS) in "Quinta do Marim", Olhão, sitting upon the cages containing chicks of Yellow-legged Gulls (Larus michahellis) and showing up there daily since about one week now. This is where I took these photos this morning (11-July-2016). So far this bird is the 5th record for Portugal. 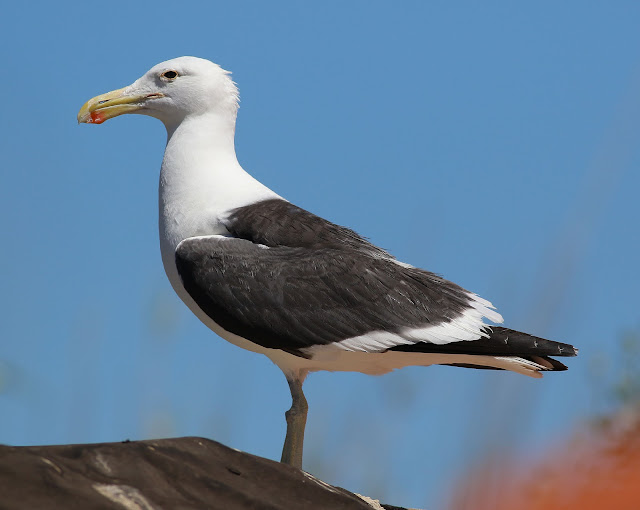 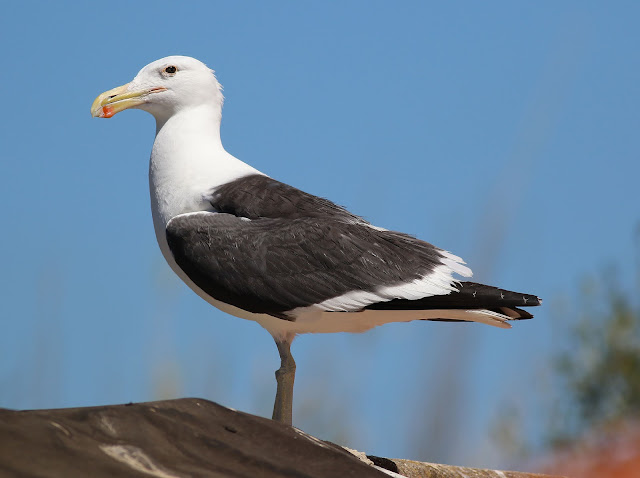 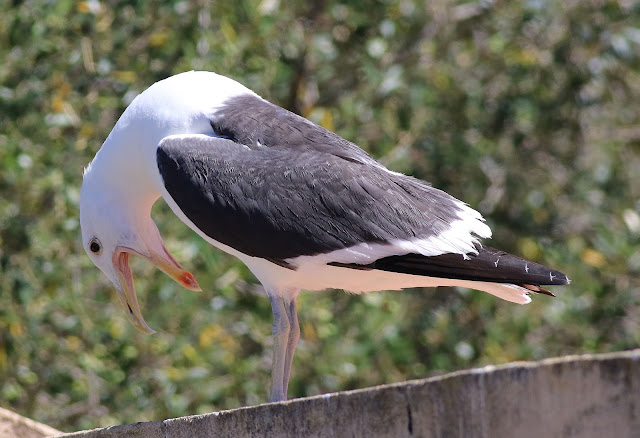 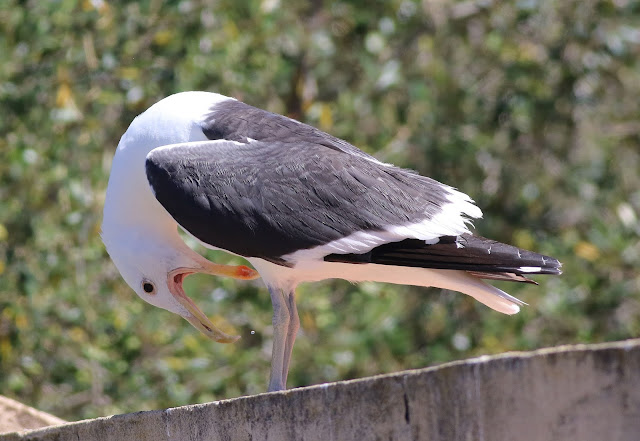 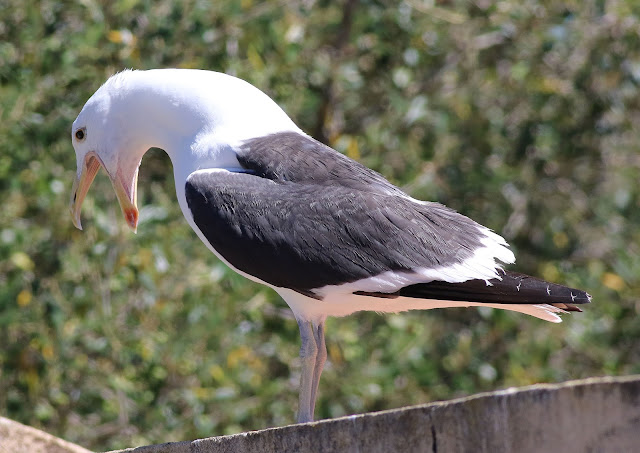 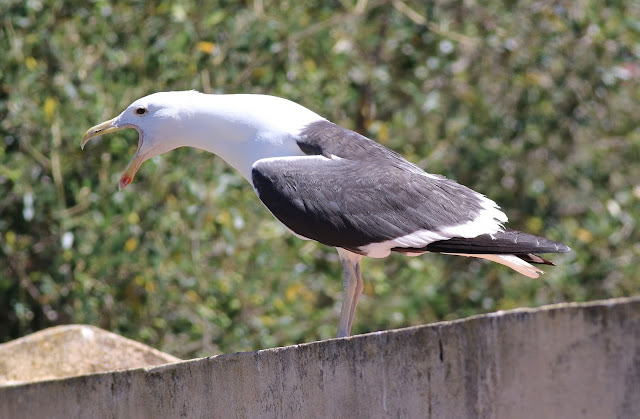 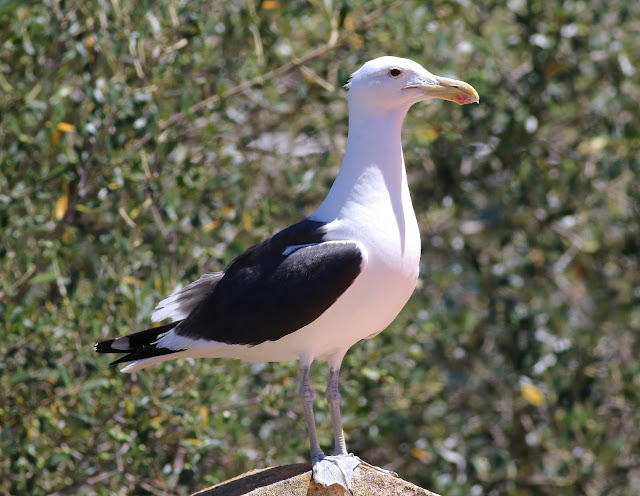 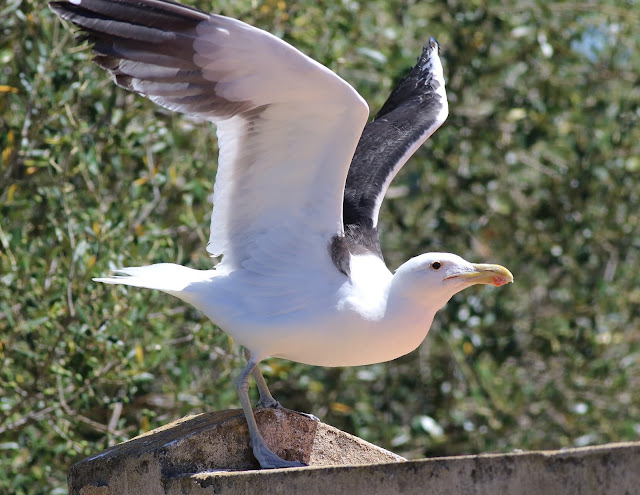 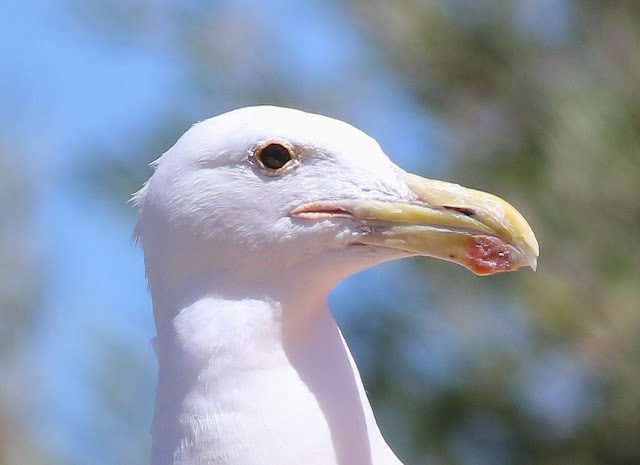 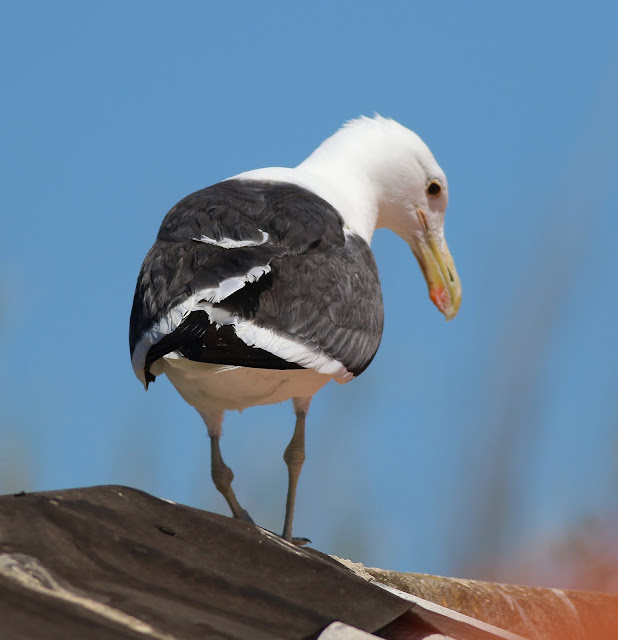 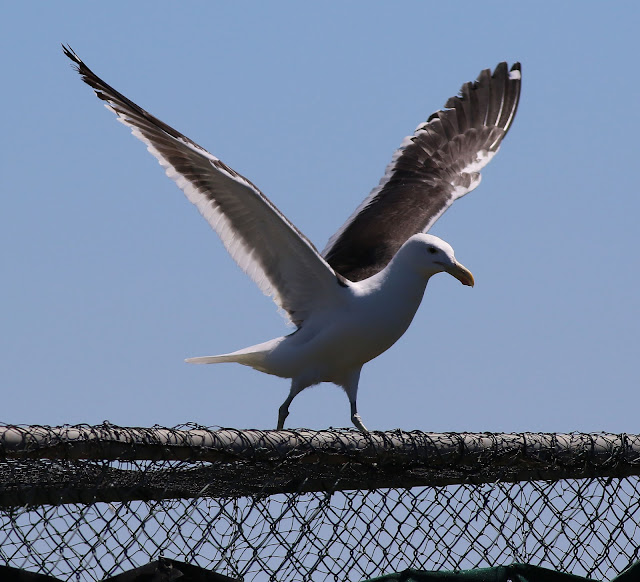 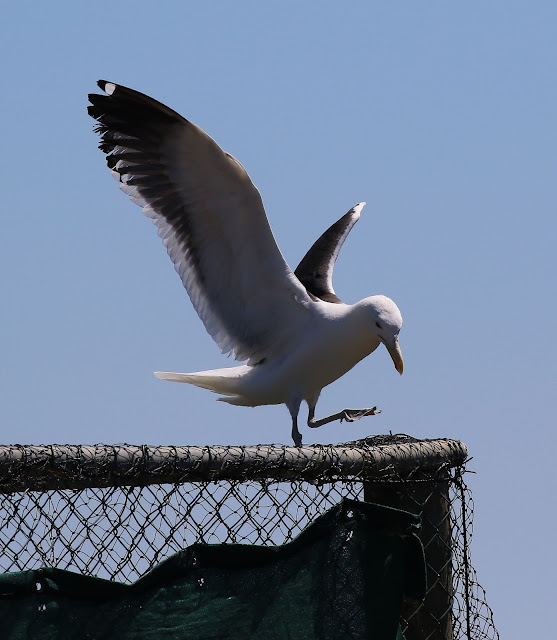 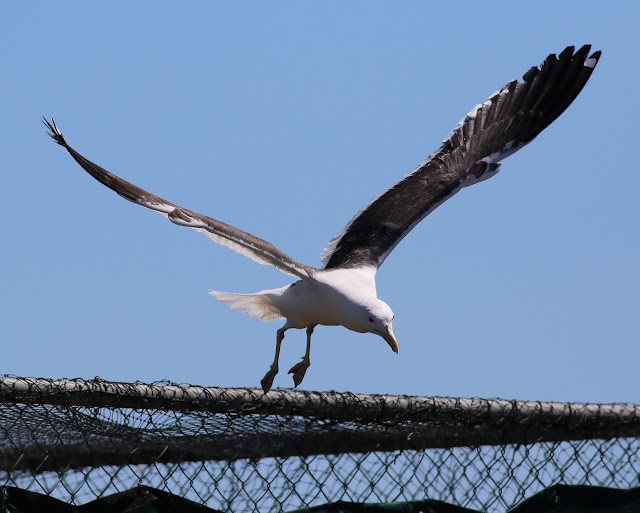 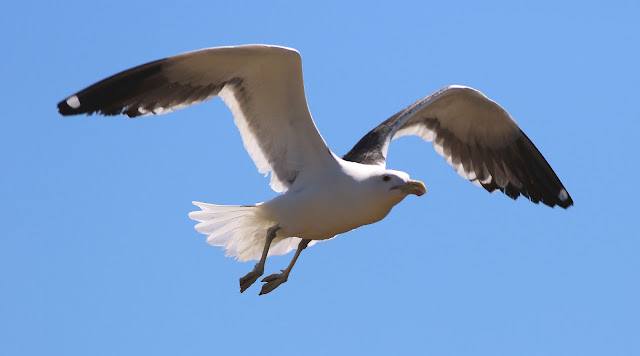