What's been around this week

A weekly summary about what I have been seeing on my Tours here in the Algarve and other parts of south Portugal is what I intend to post here by the end of each week from now on, hoping to keep you interested in following this blog.
Last Sunday, Jan 11th, a Red-knobbed Coot (Fulica cristata) was found by João Ministro at Lagoa Foz do Almargem (Quarteira). I went to see the bird, which was within a considerable flock of Common Coots and took some digiscoping shots. 21 Red-crested Pochard at the same location are also worth mentioning. The RC Coot was still seen yesterday. By the way, also the RB Flycatcher (see previous blog post) was still present at the location yesterday.

At a nearby fishing harbor there was also an adult Greater Black-backed Gull (Larus marinus) that same afternoon. Near Vilamoura, I could get close up photos of a dark morph Booted Eagle (Aquila pennata) - the fotos below - and also observed a first winter Merlin (Falco columbarius) and a female Hen Harrier (Circus cyaneus) as well as a Black-Winged Kite (Elanus caeruleus). Ospreys (Pandion haliaetus) were present in Ria Formosa Natural Park around Faro, as every winter. By the way - on the Saturday, the 24th of January, a nation wide count of this species takes place. If you are in Portugal and see any Osprey that day, please send me an e-mail with the exact location, I can forward it to Gonçalo Elias, the initiator of the count. The idea of course is to get an overview, how many Ospreys winter in /pass through Portugal, hence the simutaneous count. 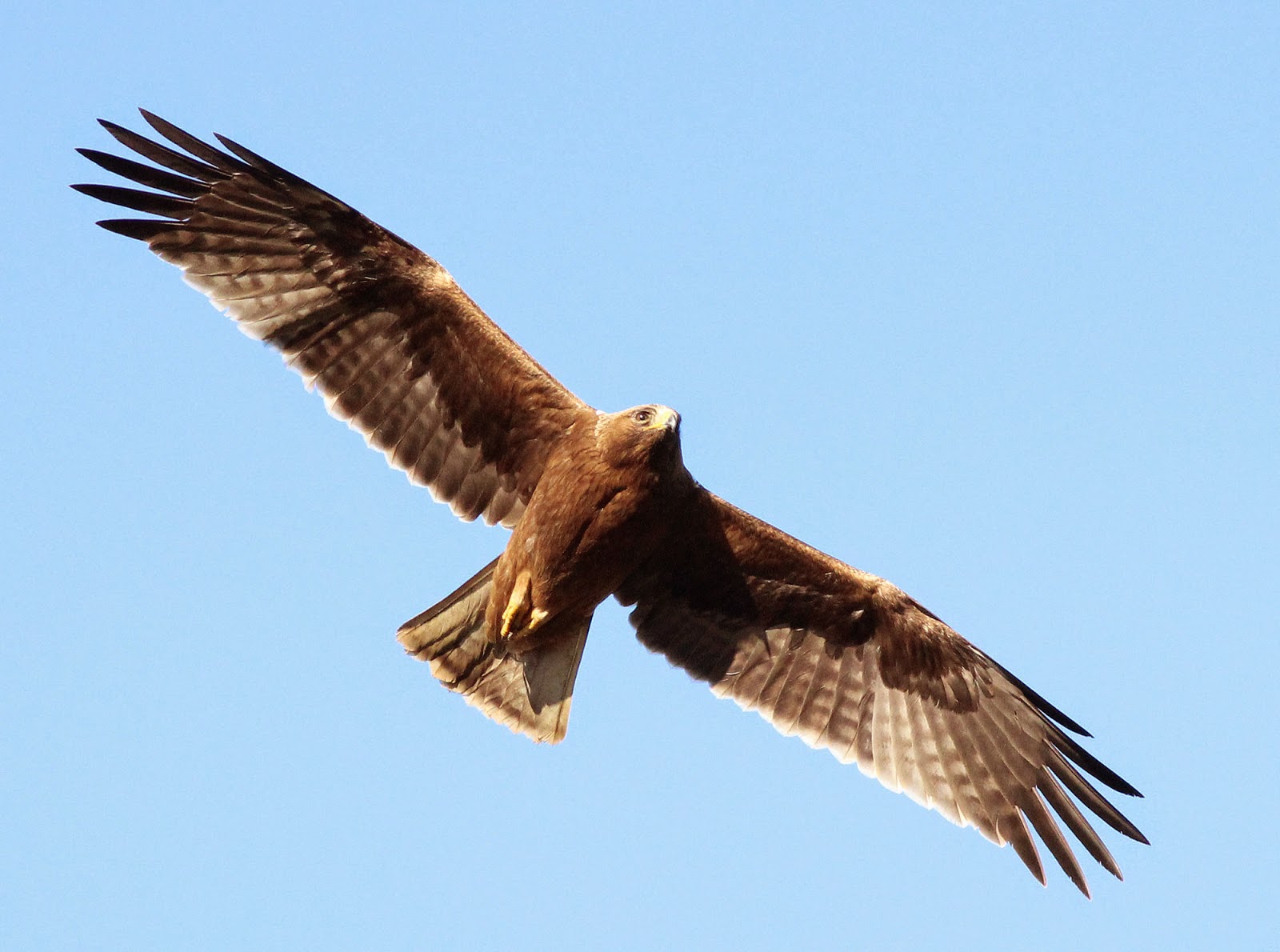 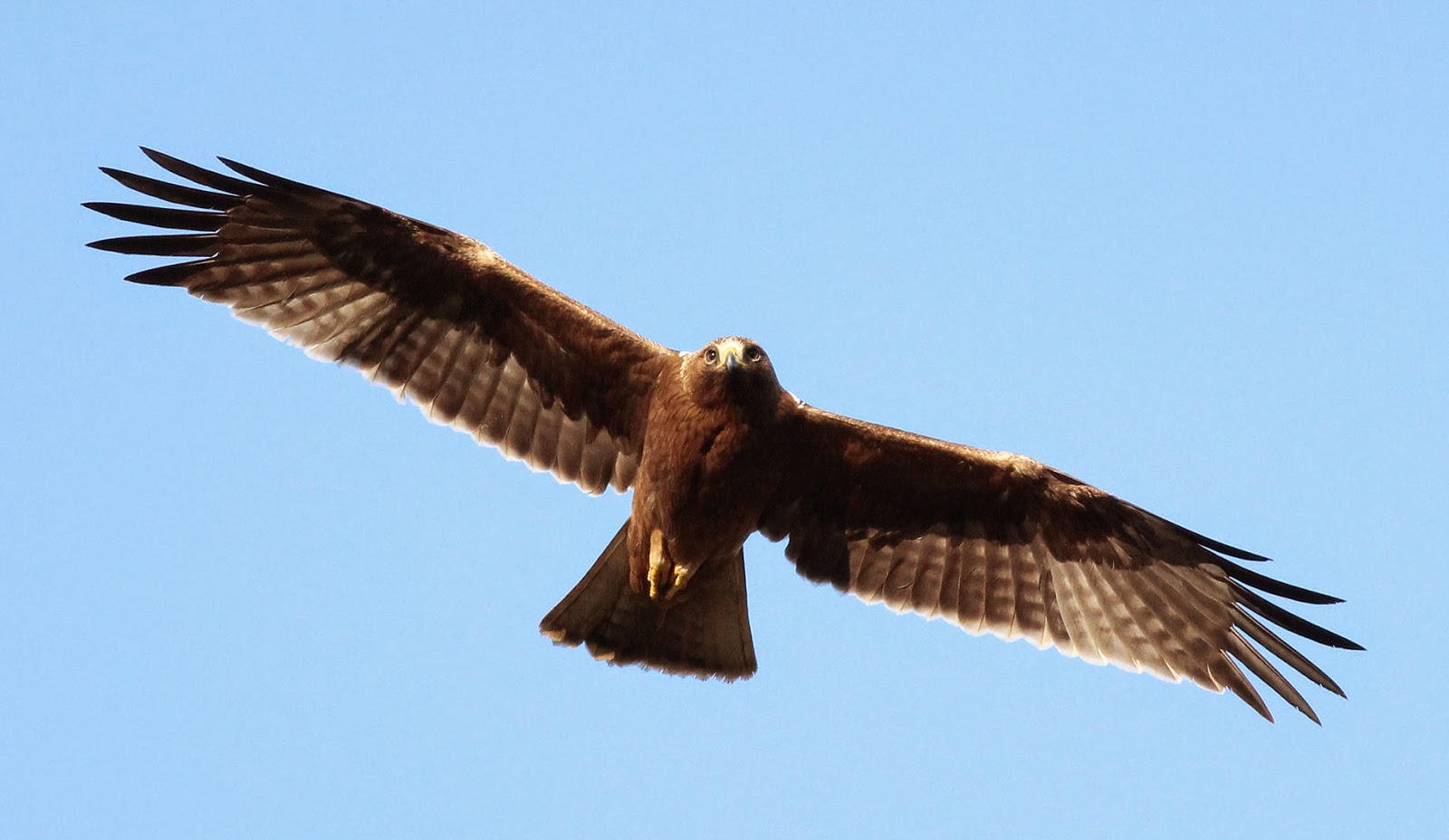 At Lagoa dos Salgados ("Pêra marsh") on Monday, January 12th, there was still the first winter Ring-billed Gull (Larus delawarensis) present at the location (near the wooden bridge on the board walk) where I found it with a group in early December 2014.

Other birds a the same site were Peregrine Falcon, Marsh Harrier, Penduline Tit, Bluethroat and Reed Bunting, besides many water birds and wildfowl, Among those were also two Garganey (Anas querquedula) quite an unusual date. The hybrid Blue-winged Teal x Northern Shoveler (Anas discors x A. clypeata) a male, was also still there. The bird was found by Peter Dedicoat and June Taylor a while ago.

On the 14th of January, I found a male American Wigeon (Anas americana) at a sewage work near Faro. Besides large numbers of both Wigeon (Anas penelope) and also many Pintail (Anas acuta) in present in the same area. As nervous as the rest of the waterfowl at the place, for me clearly a wild bird. A first winter Little-ringed Plover (Charadrius dubius) and a Yellow Wagtail (Motacilla flava ssp.) were both rather unusual winter guests. 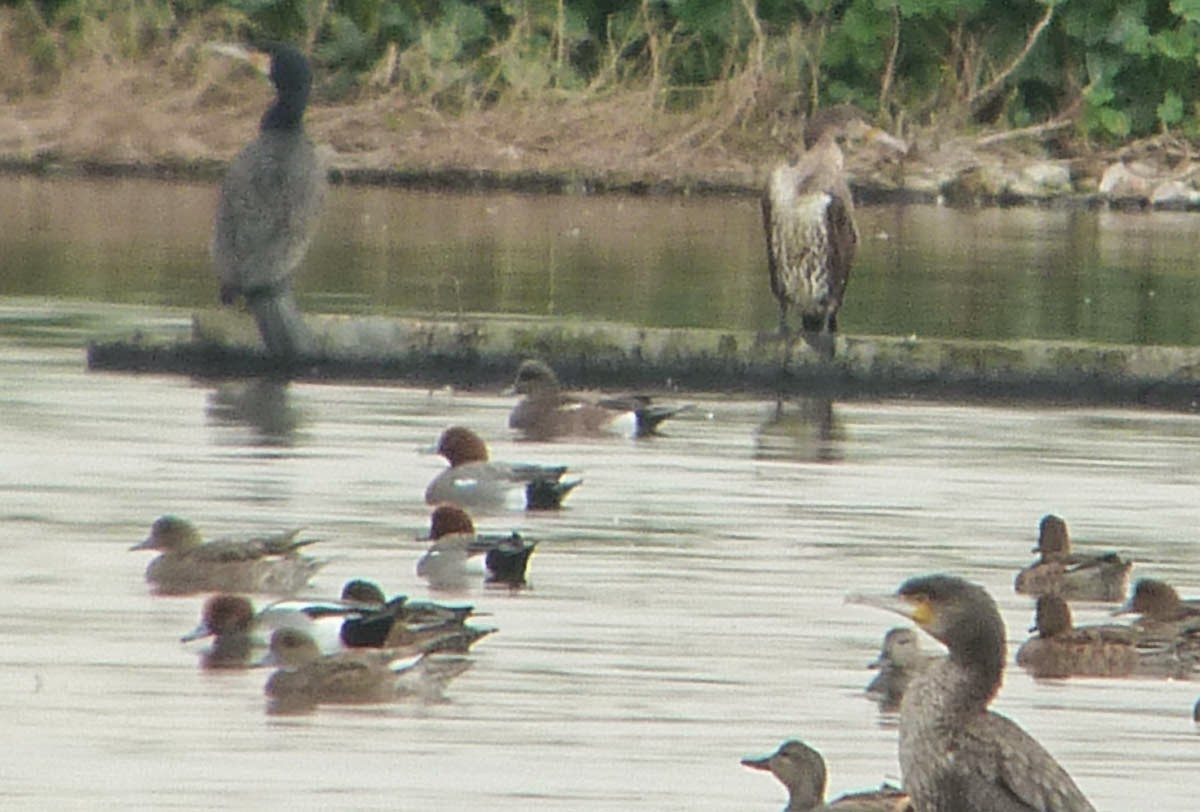 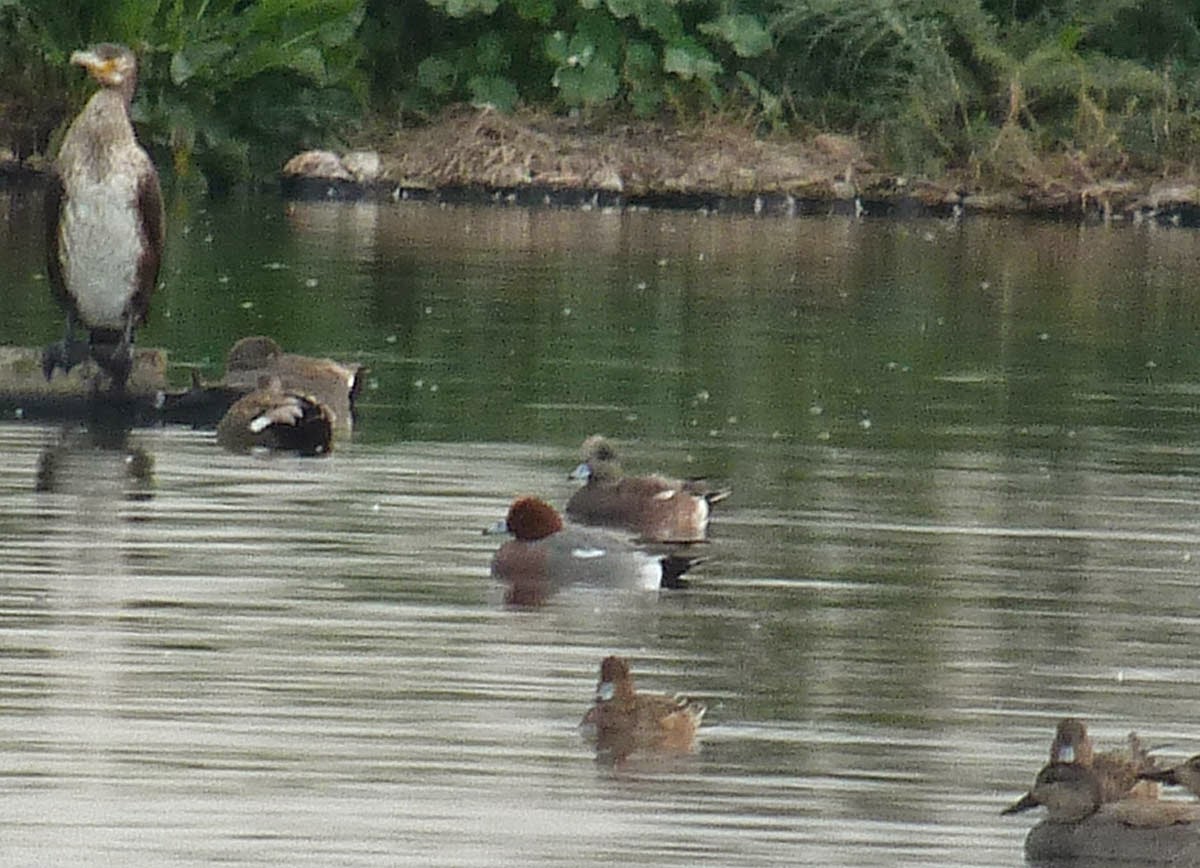 On January, 15th, a day with very strong southerly winds (5-6 Bft.), a considerable mixed flock on Hirundies, consisting of about 30 to 40 Crag Martins, 15-20 Red-rumped Swallows, at least 5 House Martins and two or three Barn Swallows above Foz do Almargem (Quarteira) must have been just "blown in" from the north African coast, in my opinion. Barn Swallows anyway arrives back in the Algarve from January onwards on a regular basis each year. Watching the Swallows and Martins in the strong winds above the lagoon, was quite a spectacle. For a moment I thought I might have spotted a Brown-throated Martin (Riparia paludicola) among them, but soon lost the bird and did not find it back. One of these moments in birding that keep a bit of time to "digest"... however, spring is out our front doors here and soon also plenty of Orchids will be flowering in the Barrocal-area of the Algarvian hinterland. See you soon !