The National Park of Monfragüe and the Spanish Extremadura 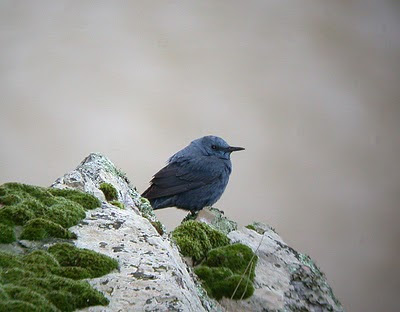 On Sunday evening I returned from a 5-days Fam-Trip to Central Spain. I participated on behalf of birdingtours (D) who had been invited to this event, scheduled simultaneously with the annual Bird fair (FIO) in the National Park of Monfragüe.

During the 3-days program we have been visiting the Sierra de Gata in the north-west of Extremadura, then Monfragüe (Cáceres-province) - a peace of "birdwatchers heaven" and one of the best locations to observe large birds of prey in Europe - and finally the Sierra de Hornachos and the plain of Campiña Sur in the south. 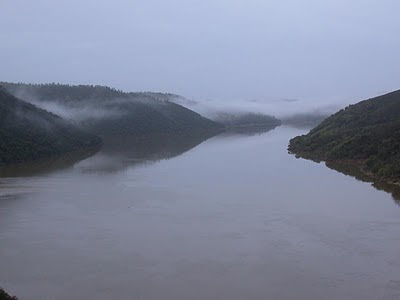 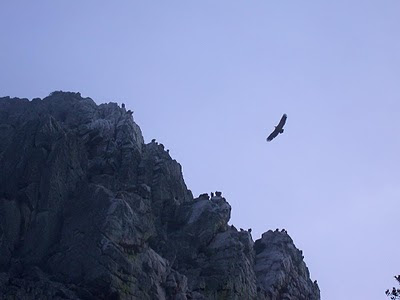 Despite the bad weather and the relative short time we were effectively birding, we saw a lot of birds. Up to 25 Eurasian Black Vultures at their breeding site in Serra de Gata were soaring together and we also observed a couple on their nest in the crown of a Pine-tree at a mountain slope. Some 300 pairs are breeding in the region.
I had two observations of Golden Eagle and two of a couple of Bonelli's Eagle - the latter one when "testing" the big 15x56 Swarovski-Binoculars right above the Fair-ground (!), where they were joining some Griffon Vultures circling in a thermal.
Spectacular also the watch point "Salto del Gitano", where we arrived first thing in the morning, when the whole scenery was still "mysty" (first 3 photos). Someone pointed out 2 Otters, which were fishing and playing together in the Tejo (Tajo) below us. The 100+ Griffons roosting all over the cliff eventually began to soar after a while and where impressive - some birds were incubating already and a couple right in front of us had occupied a Black-Storks nest (photo). When we Tour-operators (or represents) had to attend (local) businesses from almost everywhere in Spain (lots of great offers really ! Rural Houses where the Lammergeier flys by daily...)the others (Press people) were brought to a second watch point, where they saw adult Spanish/Iberian Imperial Eagle, Egyptian Vulture and Black Stork... other than that, we came across Black-winged, Red- and Black-Kites, Short/toed Eagle, Hen Harrier, Merlin (the latter 2 hunting together), hundreds of Common Cranes, a few Great Bustards and 2 Stone Curlews. 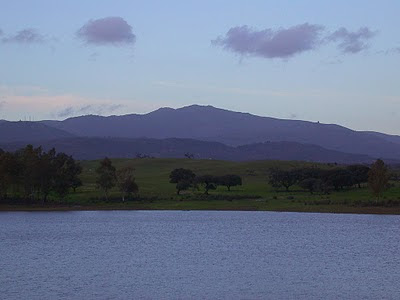 Though I have not seen any bird species I could not see in Southern Portugal, it is easier here to get good views of raptors at their breeding sites, because of the high populations and the abundance of cliff faces which make it easier to observe. The landscapes and also the culture (Mérida is said to have been the biggest city of the Roman Empire within the Iberian peninsula) and gastronomy are all making it well worth visiting the region. 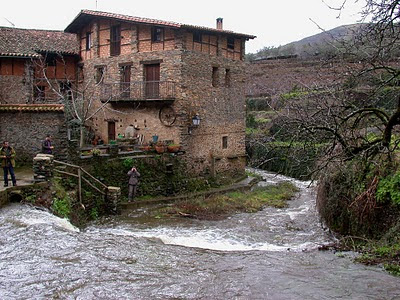 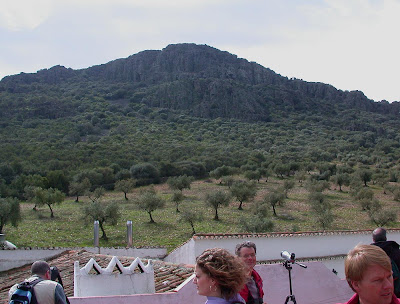 Thanks to our excellent Bird-Guides Godfried Schreur (NL) at the right, Martin Kelsey (GB) next to the telescope, as well as Karissa Winters (US) in the middle and Yadira Chaparro (E) from the regional Tourism board Turextremadura , this has been a great trip. Martin Kelsey runs his own country side Hotel in the area and I can highly recommend his services - the link is here. Godfried's e-mail is: godfried.schreur@gmail.com
I'd like to come again ! But I was keen to check the coast for Gulls when I came home, as well... !
Posted by Georg at 2:02 PM