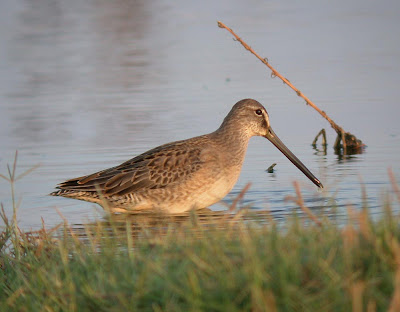 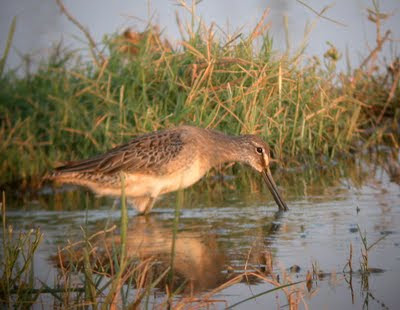 This Long-billed Dowitcher Limnodromus scolopaceus was still present today at Lagoa dos Salgados (again !). It is a juvenile, moulting into first-winter plumage and has been reported there since the 18th of this month, when it had been found in a group of Common Snipes. It resembles these species pretty much in silhoutte and movements, when feeding. This is going to be the fifth record for Continental Portugal. 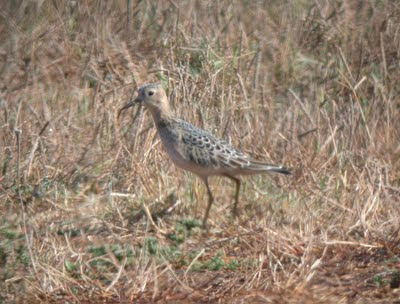 Buff-breasted Sandpiper Tryngites subruficollis juvenile, also present today and since at least the 21st of September. The two birds were seen less than 100m away from each other. The rather "tiny" Buff-breasted preferably feeds on land and was pretty "tame". This is record number 8 for the species in Portugal (Continental). The lagoon - also often refered to as "Pera Marsh" is THE hotspot for wader-rarities in Southern (Continental) Portugal !
Posted by Georg at 9:46 PM